This Fathers Day and I am happy to be able to spend time with my dad  and my family. It seems now that I am older and my dad is older we seem to be reflecting each time we are together. My sister Cathe and her husband Don, came down for a visit too.

Along with my dad,  it was my husbands 18th Fathers day. Our firstborn will be 18 soon and it seems the time has flown by. We recently had a family portrait done and I am really getting sentimental lately so we are trying to take more pictures for our children.

The first Fathers Day started in 1909 and was started by Sonora Smart Dodd and held on June 19th. She was listening to a Mothers Day sermon, her mother had passed away and she wanted to honor her father for raising her. His name was Henry Jackson Smart. This was held in Spokane Washington. In 1924, President Calvin Coolidge supported the idea of a national Fathers Day, but it didn’t become official until 1966. That’s when President Lyndon Johnson signed a proclamation declaring the third Sunday in June as Father’s Day.  President Richard M. Nixon signed a 1972 bill, making the holiday legal, official and permanent.

I hope you were able to wish someone a Happy Father’s Day even if you aren’t able to spend it with yours. 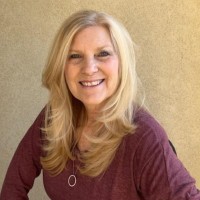 « History of Afternoon Tea: How The Tradition Began
Can you substitute Dutch Cocoa for Cocoa powder? »