I just got back from a beach vacation where I thought I would catch up by baking Rose’s Lemon Meringue Cake from Rose Beranbaum cookbook, Roses Heavenly Cakes.  I had planned to bake much more than that one, but of course that didn’t happen, although I did attend a cupcake camp for cancer in Santa Barbara. So I did some business while on vacation. When I got home this weekend, I thought I have lots to catch up on and I’ll start with my weeks project. I never expected to have such a complex dessert to bake. I did love the way it turned out though.

I have to say lemon is my most favorite dessert. Anything lemon. There are very few ingredients in this dessert its just a lot of steps. I started with lemon curd which I used to make all the time when I had a tea business as I served it with my scones. I used to think it was a lot of work but now I feel its pretty easy. My camera battery died when I made it so I had to charge it and take the picture later. When I realized the curd had to cool for three hours, I decided to wait until the next day to finish to cake.

Next I made the batter and whipped the meringue for the cake. This is a two step or two bowl method. I am so glad I got my  second kitchen aid just in time. I read the recipe wrong at first and thought it said mix 1/2 of the sugar into the yolks. I put a little less than that and realized after I dusted the yolks with flour it said 1/2 cup so I had a little more sugar to put into the meringue when I was whipping it.

Then it was time to make the lemon syrup. Once again you have to wait until it cools. I would make the curd and syrup ahead of time next time so it doesn’t take so long.

Next I made the Italian meringue for the topping. I make Italian buttercream all the time so this was pretty quick. 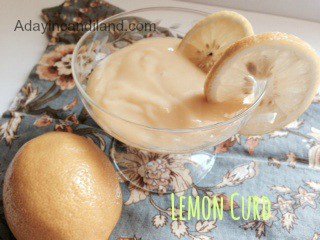 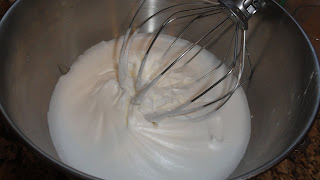 When I took out the cakes they were a little lumpy and I thought I should have used the cake strips. They did come out pretty good after they cooled. I brushed them with the lemon syrup. I think next time I would really soak them a little more. Or maybe poke holes in the top first. 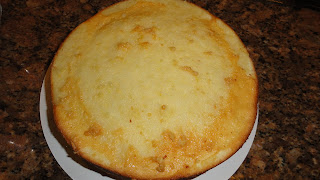 I put the meringue on top and couldnt decide if I should torch it or go with directions. I thought there might be a reason why she didn’t torch so I went with following the recipe. It took about 5 minutes and I cut my first piece immediately. 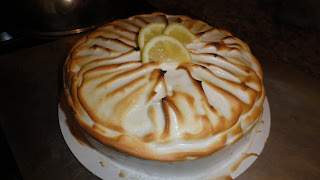 It was pretty good if I do say so. I am sure it will taste even better in a few hours. I am guessing I will have to eat a slice every few hours to get the full effect. I can’t wait to bring a piece to my mom tomorrow. She loves lemon meringue pie, so I know she will be pretty excited to see this. At the time I made this, I belonged to a cake group that was working through this cookbook. It was a lot of fun. 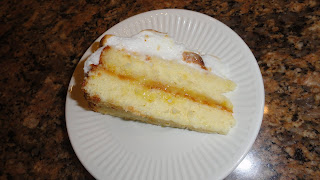 Here are a few items I used to make this cake: