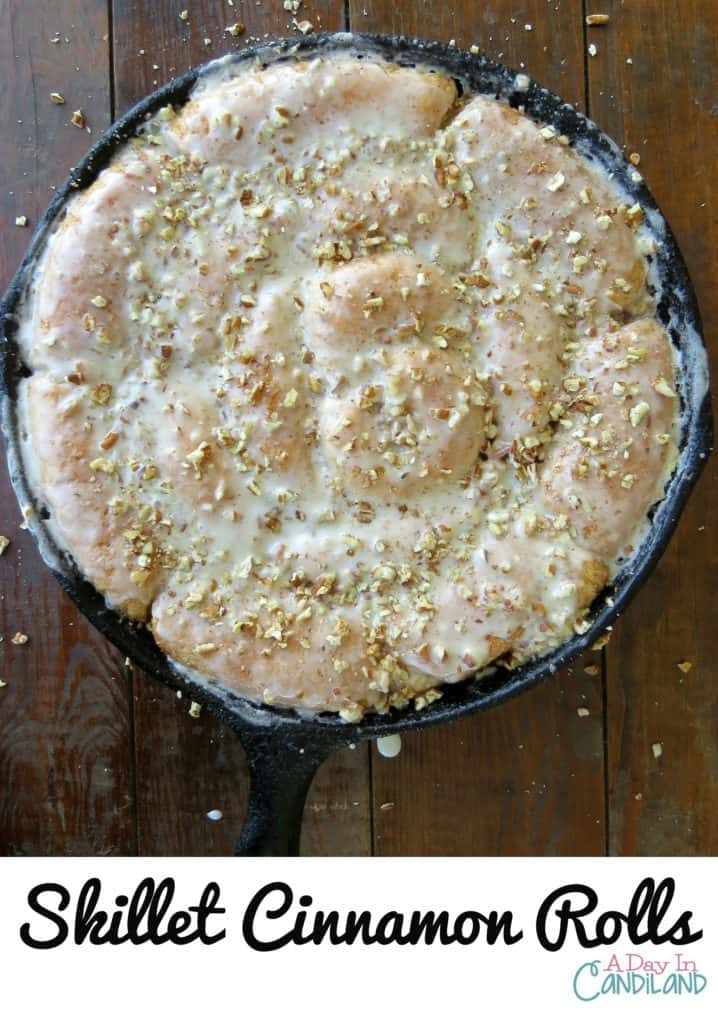 This past weekend, I was looking for something sweet to bake that wouldn’t take long in the oven, so I grabbed my favorite cast iron skillet and whipped up a batch of cinnamon rolls with a few items I had on hand.

I must say, the boys devoured them, and I had to keep a close watch on my husband to keep him from eating the rest on his own.

I love skillet baking because the cast iron stays super hot to create the perfect crust. It also makes cooking easier because the meal is cooked up together all in one big pan.

*This post may contain affiliate links. If you make a purchase, I get a small commission. Please see my disclosure policy for details

For this one, I used the big buttermilk biscuits dipped in melted butter, then cinnamon and sugar, and rolled them all up in the bottom of the pan.

After that, I just baked them to a golden crust, sprinkled on a few chopped pecans, and finally, added the vanilla glaze that makes a cinnamon roll so deliciously sweet.

Check out the full recipe for how I made these Skillet Cinnamon Rolls at the bottom of this post, and be sure to check out these other delicious skillet dessert favorites, too:

I want to thank Mitzi for stopping by the blog this week and giving us this wonderful recipe for breakfast.

If you loved this recipe and made it can you give it a 5-star review? That will help it be seen more. You can also pin it to Pinterest or share it on Facebook. 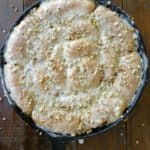 I think the skillet gives these such a rustic feel. If you don’t have one, try a 9×13 pan.